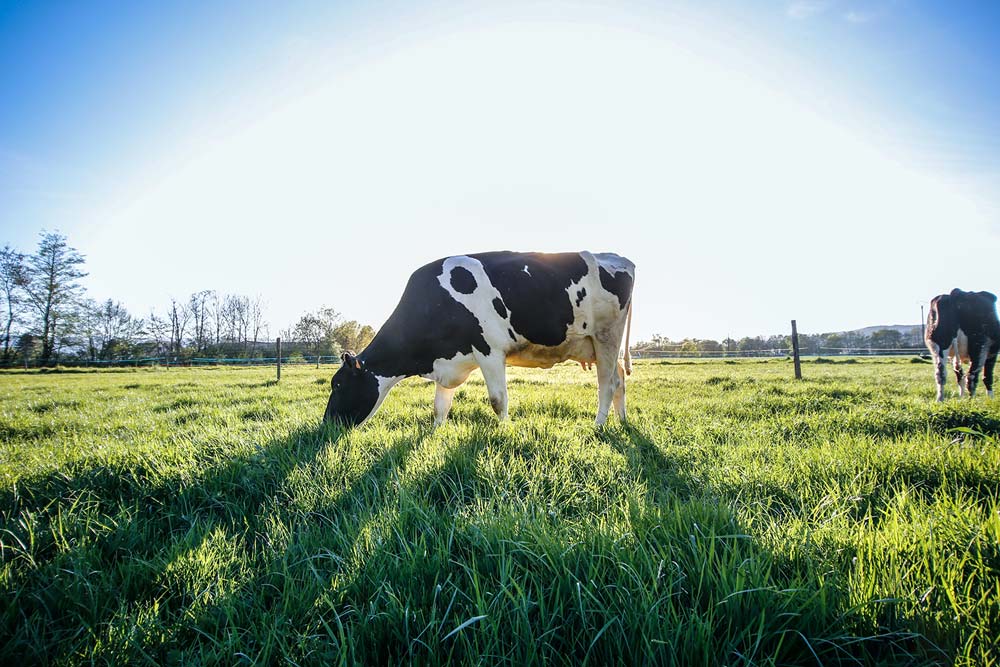 In 1997, a distant relative from Argentina flew to St. Louis, Mo., and spent most of the summer with Jim Gerrish and his father on their farm. The rancher, like all ranchers in Argentina, raised grass-fed beef. The Gerrishes grew crops and hay. What little they knew about livestock production was from their neighbor’s fields, mostly weedy, overgrazed and eroded. It wasn’t a pretty sight.

In Argentina, they did things differently, the rancher told them. Pastures were deep and lush with alfalfa, trefoil, clover and other vegetation, and cattle were moved every day. Grasslands were intensely managed to ensure maximum resilience and growth. Finished beef sold at 16 cents per pound.

Gerrish was astonished. He asked the rancher how he could afford to be that labor intensive at such a low price.

“How can I afford not to be?” the man answered.

“Those people had one resource—grass—and they learned how to use it and use it very effectively,” Gerrish said. “He called it controlled grazing.”

What he didn’t know at the time was that it would become his own driving mantra.

Gerrish, author of “Management Intensive Grazing, the Grassroots of Grass Farming,” “Kick the Hay Habit: A Practical Guide to Year-around Grazing” and numerous other articles, spoke to a group of graziers and ranchers in Blaine, Kan., during a five-stop tour through the state in September with his workshop, “Grazing Management for Improved Soil Health.” His experience includes over 20 years of beef-forage systems research and outreach while on the faculty of the University of Missouri, as well as 20 years of commercial cattle and sheep production on the family farm in northern Missouri. He currently ranches in Idaho with his wife, Dawn.

Workshops were sponsored by the Kansas Alliance for Wetlands and Streams (KAWS) through funding from North Central Extension Risk Management Education and the USDA National Institute of Food and Agriculture. Project partners included the Kansas Alliance for Wetlands and Streams, NRCS-Kansas, Kansas Water Office, K-State University, Kansas SARE, No Till on the Plains, Kansas Dept. of Health and Environment, nine Watershed Restoration and Protection Strategy groups, Kansas Grazing Land Coalition and Friends of the Kaw. Other locations included Emporia, Eureka, Jewell and Salina.

What’s in a name? The idea of rotating livestock through a sequence of small pastures or paddocks isn’t new, Gerrish said. It’s been called rotational grazing, rational grazing, controlled grazing, holistic planned grazing, adaptive multi-paddock grazing, mob grazing, grazing tall, and short duration, high intensity grazing, but the concept is largely the same. Controlling time spent in one area allows for pasture, water and soil recovery in all other areas.

“These methods all involve a higher level of management rather than turn them out in the spring and round them up in the fall,” he said. “Cows intensively graze. People intensively manage. Management is what’s being intensified, not grazing.”

Ranching, he said, is really about managing ecosystem processes—solar energy flow, the water cycle and the mineral cycle—and then creating biodiversity across the land. “You always get what you manage for,” he said. “Manage for what you do want, not what you don’t want.”

Both the length of time and the timing of grazing are critical management factors, he said. Seasonal timing determines how much impact we have on soil conditions, diet selection and the physiological state of the livestock, all of which are manageable.

Time also plays an important role in the recovery process. For the most part, the longer pastures are spent in recovery, the more productive they become, but if recovery periods are too short or too long, there can be serious ramifications.

Overgrazing, while a concern to many ranchers and graziers, is often confused with overstocking, Gerrish said. Overstocking is having more animals than resources can support. By his estimate, far more ranches are understocked than they are overstocked, and while it often leads to overgrazing, almost all ranches are overgrazed because they’re not managing time.

“You cannot reduce overgrazing by reducing the number of animals,” he said. “It’s a time function, not necessarily an animal function.”

Care needs to be taken before laying out paddocks for rotational grazing, Gerrish stressed.

“One of the worst things you can do is start putting in permanent fence, because things will change,” he said. “Start with portable fences, figure out what works best, then develop a comprehensive plan.”

Working with the terrain rather than against it is important. When Thomas Jefferson adopted the rectangular survey system for the United States, it was one of the worst things that could happen in terms of land resource management, Gerrish said. “In flat country it almost works, but in rolling country there are fences in the stupidest places,” he said. “We need to be willing to put our fences into contours.”

Because water accessibility determines where cattle spend most of their time, locating existing water sources as well as stock water availability are essential for grazing cell planning, and should be completed prior to arranging both permanent and temporary fencing. Cattle tend to overgraze near water sources, leaving more distant areas undergrazed.

Gerrish cited several recent studies on the importance of water and how it influences grazing. One Wyoming by a Wyoming scientist who opposed rotational grazing nevertheless found a beneficial correlation between frequent rotations and shortening the distance to water sources. Another from South Texas found that water tanks were beneficial if cattle had to walk more than three-quarters of a mile to water.

Depending on ponds can be risky, depending on circumstances, Gerrish said. Ponds might not be at the most favorable location, and pond water quality is typically on the low scale. In wet conditions, cattle can get bogged down in muddy areas, and in dry years water supplies might not be reliable. Stock tanks fed by pipeline are more dependable and provide better water, he said. Tanks should be positioned as high in elevation as possible.

His preferred type of stock tank, a tire tank with a float, is relatively easy to install and virtually freeze proof. Instead of placing tanks in the center of pastures, they should be used as a pivot point serving two to four pastures. More than that can lead to compaction and trampling damage, he said.

He also uses moveable water tanks with 180 gallon capacity. Any size tank is beneficial in the heat of summer, he said, as long as you can refill the tank before it runs dry. He’s watered 180 head of cattle on a 20-gallon tub during a hot, humid Missouri summer. Portable tanks should be placed against a fence line so cattle can’t come at it from all sides, plus it makes it more difficult to turn over.

Adding pads beneath the tanks saves cattle from foot rot and other complications, he said. Pads should be at least one foot above the surrounding ground level and extending at least 15 feet from the tank.

While it might seem daunting to convert from a traditional grazing system to a management-intensive grazing system, it’s important to note that a slower, more methodical pace will garner the most benefits, he said. The thing to remember is that it’s all about the grass.

This article is a part of several soil health and grazing workshops KAWS held in 2018 across the state. Funding for the workshops was provided by the North Central Extension Risk Management Education Center and the USDA National Institute of Food and Agriculture. Project partners include the Kansas Alliance for Wetlands and Streams, NRCS-Kansas, Kansas Water Office, K-State University, Kansas SARE, No Till on the Plains, Kansas Dept. of Health and Environment, nine Watershed Restoration and Protection Strategy groups, Kansas Grazing Land Coalition and Friends of the Kaw.